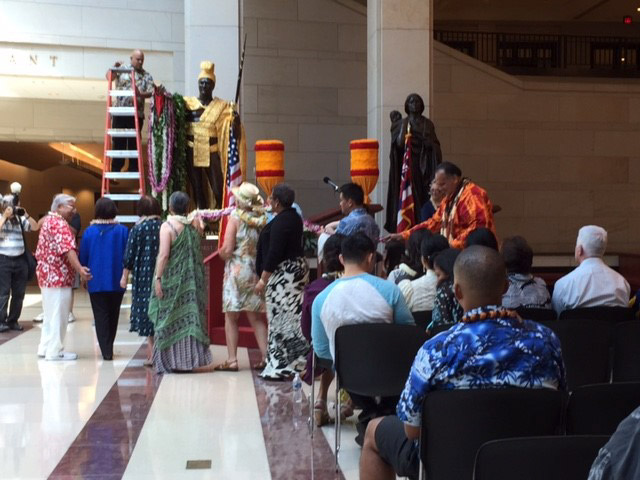 As the lei were presented, all UH alums joined in, including U.S. Senator Mazie Hirono, Representative Colleen Hanabusa and Kaua‘i Mayor Bernard Carvalho.

The event is sponsored by the Washington DC Hawaii State Society each year. UHAA‒NCRC purchases the flowers directly from Hawai‘i and makes the lei at the United States Botanic Garden the day before the event.