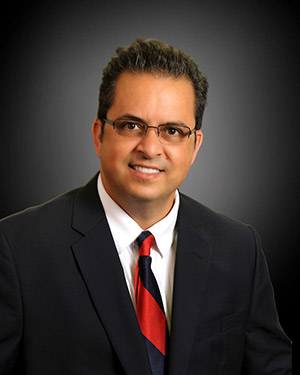 At the age of 24, Kaua‘i native and pop sensation Glenn Medeiros already had a successful career in the music business, traveled widely and performed for crowds across the globe. But when faced with the decision of continuing his music career or fulfilling his dream of becoming a teacher, he knew that college was the way to go.

“There was a little bit of fear I think, having been out of school for six years,” said Medeiros, whose music career took off after winning a local talent contest at the age of 16. His rendition of “Nothing’s Gonna Change My Love for You” went on to become a national and worldwide hit by the time he was 18, opening up a number of exciting opportunities for him to advance his career. Having focused on his music for the next few years, going back to school was definitely a change in scenery. “But it turned out being a wonderful experience for me,” he said.

Medeiros had always been interested in history and after taking a few courses at Leeward CC, he transferred to UH West O‘ahu to pursue his bachelor’s degree. Being so well-traveled from his days as a musical artist, he was able to connect his studies of various countries to actual life experiences.

“At that point in my life and having had all those experiences, I think I was more ready for college—a lot more ready than I would have been at 19. I wasn’t necessarily a star student in high school but I took my studies very seriously when I got to Leeward. The coursework was very personalized and helped me to build up my requirements so that by the time I got to UH West O‘ahu, I was better prepared.” 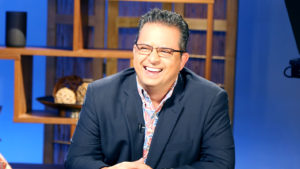 Looking back at his time at Leeward CC and UH West O‘ahu, Medeiros particularly loved the diversity of the student body both ethnically and age wise, which as a student gave him the opportunity to work and study with people from all different walks of life.

After obtaining his bachelor’s degree from West O‘ahu, Medeiros started his career as an educator. But he soon realized that he eventually wanted to be involved in administration so as to have a greater positive impact on others. He started in public school and slowly made his way up the ranks as he was offered better positions at different schools.

While an administrator at Maryknoll School he was able to work on his EdD from the University of Southern California. He later took a job as an assistant professor at Chaminade hoping that the experience of working at the college level would eventually help him secure a position as a principle or head of school. So when the position of president at St. Louis School became available, he decided to apply.

“I thought, maybe there’s a slight chance that I could get this, so I applied. And I got in! I was thrilled.”

Now coming up on his second year as president at St. Louis School, Medeiros gets to apply all that he’s learned as a student, teacher and administrator and make a positive impact on students.

“I get to make a difference in people’s lives, and that’s what I really love about it.”