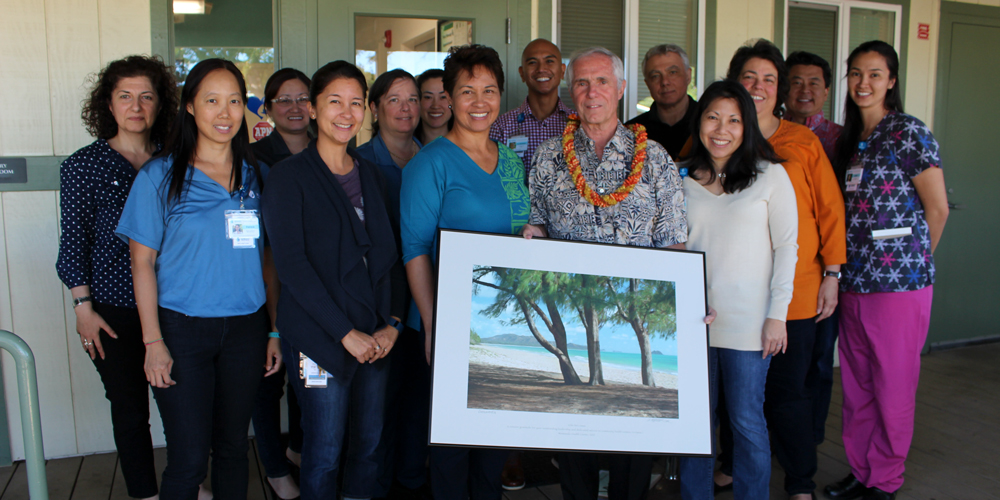 John McComas: Leading with aloha to serve those in need 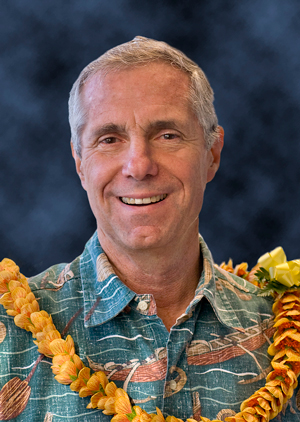 Over five decades, UH Public Health alumnus John McComas’ expansive career has been driven by his core value: serving the underserved. From his early days as a training coordinator at Kalihi-Palama Health Center to his tenure as CEO of insurer AlohaCare, McComas has worked to improve the lives of people across Hawaiʻi.

“How do you expect an individual to grow and be successful if they aren’t feeling good?” asks McComas. “We all have basic requirements and goals. In the United States, if you don’t have insurance, you often can't afford care. It's unfair and inequitable.”

Originally from California, McComas completed his undergraduate degree at the University of California, Berkeley, and then spent three years as a Peace Corps volunteer in West Africa. In supporting basic health projects, he saw the need for these programs and the impact of grassroots action in communities.

After returning to the U.S., McComas knew he wanted to continue a career in public health. Although he had never been to Hawaiʻi, he was drawn by the cross-cultural environmental and health education faculty at the fledging School of Public Health at the University of Hawaiʻi. McComas felt his philosophy of service and interest in health care systems strengthened during his time at UH. He graduated in 1971 with his Master of Public Health (MPH), as well as a graduate certificate in urban planning.

His experience led him to put down roots in Hawaiʻi, starting at Kalihi-Palama Health Center, where he became a training coordinator. After that, he moved to the State Department of Health and oversaw the State’s family planning program. After serving as a health care consultant in Micronesia, he embarked on a few years of traveling, McComas returned to Hawaiʻi to work for insurer Hawaiʻi Medical Service Association, where he managed product development among several other positions.

In 1996, McComas became the CEO of AlohaCare, a non-profit health plan founded by Hawaiʻi’s community health centers.  This is where he would spend the remainder of his career. Under his tenure, AlohaCare became the third-largest health plan in the state, with more than 70,000 plan members, serving people with Medicaid and Medicare coverage. AlohaCare also grew to become the 28th largest business in Hawaii. He retired as president and CEO in 2017.

"Working at AlohaCare gave me an extraordinary opportunity to have that impact I was always working toward," McComas says. "I was able to help the organization to thrive, while serving our most vulnerable population. This allowed me to execute the values that are most important to me."

McComas acknowledges that there remains much work to be done to address health inequities in Hawaiʻi and beyond. But he also thinks the public health community is more than capable of contributing to meet these challenges. "People in public health tend to be constructive and optimistic. We care for people and communities. There are wins and losses, but we keep moving forward and trust and believe that we can make things better together."