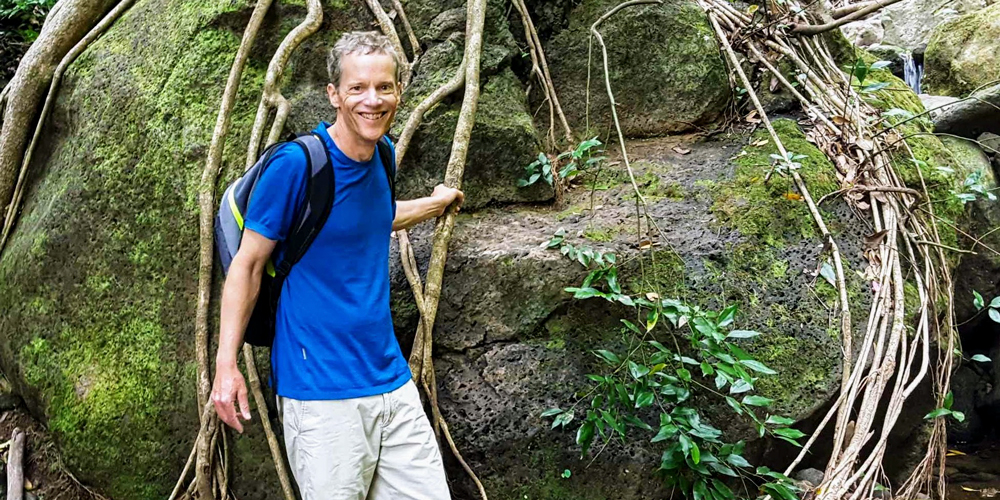 More than 30 years ago, Dr. David Derauf walked into Kokua Kalihi Valley Family Health Services (KKV) to interview for his first Hawai‘i job as a physician, took the job and started working that day. A week later, he began working on his Master of Public Health (MPH) degree at UH.

Going to school while working wasn't easy. It took him seven years to finish his degree, but it gave him a new understanding of the true meaning of health. "Most health is public," Derauf says.

He's been at KKV ever since that day, becoming Executive Director of this federally qualified health center in 2003. 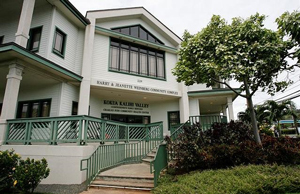 Located in the heart of Kalihi, KKV started as a ramshackle neighborhood clinic staffed by volunteers. Today, with nine locations and a staff of more than 200 people, the clinic still teems with the community's sense of agency and its spirit of reciprocity. "The people here are resilient and generous," Derauf says. "They are capable, they have many gifts that are often not seen or have not surfaced. Our work is about elevating those gifts and bringing them to attention."

While at UH, Derauf found that the public health program offered him a chance to wrestle with the big questions about how to improve community health. "We had such a great exchange of ideas, a true give-and-take between professors and students. We debated and argued, and pontificated and listened," he says.

His classmates came from all over the world, and many were headed for work in Asia or the Pacific. "We were all there to learn together, and we had a strong sense of camaraderie," he says. "It was a truly supportive environment."

A particularly influential professor was Dr. David Morens, who is now at the National Institutes of Health. "He encouraged me to practice medicine with a public health perspective in mind." Taking on the dual role of doctor and public health student was stressful, but gave him space to consider a more holistic meaning of health.

"If health is wholeness, then healing is the same as making whole," Derauf says. "And people's ties to their community, to their historical past, and to their children are all important in that wholeness."

After finishing his MPH, Derauf continued to stay connected with UH, teaching medical students and residents in the clinic at KKV. As a physician, he has come to understand the importance of truly listening to his patients, and he emphasizes this with his students. "People want to have their story heard and to be acknowledged. We think of listening as a means to an end, but often, that's the end in itself."

Life is sometimes difficult for the people of Kalihi. The level of stress in the community is very high. People are feeling the pinch of expensive housing and a high cost of living, and for many, that means frequently moving and experiencing unsatisfactory educational opportunities for their children.

"But people are also feeling a sense of opportunity, and that things will be done differently than they were in the past," Derauf says. "There is a really interesting convergence occurring now – an intense pressure coupled with a strong feeling that 'we can do this.'"

In public health and in medicine, costs are escalating, and the complexity of care is increasing. "The key to health in the future will be to slow down," he says. A new health framework at KKV called Pilinahā focuses on connections to a better self, to others, to the land, to the past, and to the future. "Taking time to build such connections is essential to all of our health."