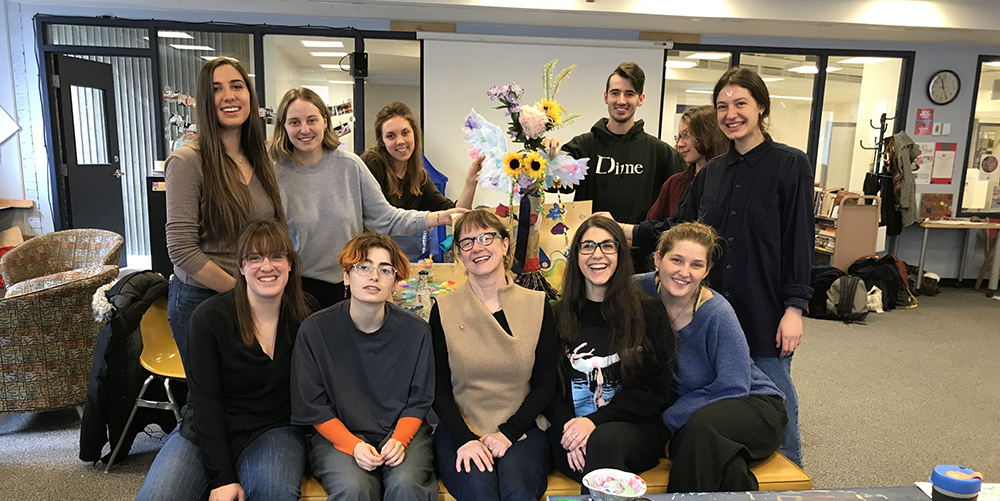 As a young graduate student, Sandra Hyde (Mānoa, MPH ’88) had a knack for thinking big, and she knew she wanted to find bridges betweeen epidemiology, health policy, program planning, and philosophy.

Now, reflecting on her highly successful career in medical anthropology, she says that the ideas she gained while earning her degree in public health at the University of Hawaiʻi at Mānoa helped to lay an important foundation for her outlook on solving problems.

"I believe that rather than just looking at a single problem that's facing a community, you have to look at the whole system to find a way forward," Sandra says.

Currently, Sandra is an associate professor of medical anthropology at McGill University in Canada, and in her teaching, research, and writing, she focuses on health epidemics. When she was a student at UH in the late 1980s, she conducted research with the Hawaiʻi State Department of Health on the HIV/AIDS epidemic, which was in its early stages at the time.

"That internship got me thinking about how to prevent disease and how to develop health education programs that went far beyond sending out brochures," Sandra says. "My experience working at the DOH was for a short amount of time, but it had a big impact on me and on my career. When I was done, I decided to do PhD research on HIV/AIDS in China, exploring the beginning of their epidemic before the government even acknowledged they had one."

Epidemics and other community health problems, she realized, need to be treated as a garden that needs to be continually tended, rather than a machine that needs to be fixed. "This idea came out very clearly in my training at UH, and influenced me for the rest of my life," Sandra says.

Sandra credits UH professor Jerry Grossman with inspiring her to look closely at community health problems. "He was wonderful. He used to say, public health is good at coming up with solutions, but what is the problem? He really encouraged us to put human needs in perspective."

Working in public health and medical anthropology has led her to indulge in her natural flair for creative thinking and problem solving. "We have to think outside the box to solve health problems," she says.

Sandra believes deeply in the tenets of "slow medicine," meaning that health leaders need to give large, systemic problems the time and patience that are needed to address them. "One of the challenges of public health is that a lot of the problems we want to solve actually lie outside of health – things like poverty, gender and race inequity, and class inequity. If we want people to be healthier, we need to address these issues."

These days, Sandra is hard at work on several projects. She is writing a book about the epidemic of heroin use in Southwest China, and is also working on an oral history project aimed at detailing the lives of the one of the first cohorts of female medical stduents at Cambridge University in England who are still alive today. The project will look at how these women changed medicine, and how medicine changed them.

"I'm always inspired by looking for ways to create solutions to difficult problems," Sandra says. "Public health is about bridging health problems in creative ways, and always pushing the limits of the possible."