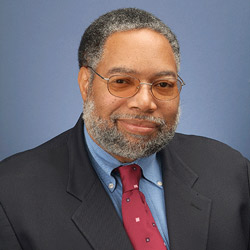 Lonnie G. Bunch III is the founding director of the Smithsonian National Museum of African American History and Culture (NMAAHC) where he has identified the museum’s mission and develops exhibitions, public programs, and fundraising. Under his leadership, the NMAAHC opened seven exhibitions in its gallery located in the Smithsonian’s National Museum of American History. Bunch is a prolific and widely published author, writing on topics ranging from the black military experience, the American presidency, and all-black towns in the American West to diversity in museum management and the impact of funding and politics on American museums. His talk will be based on his experience of building and developing the museum.

This event is free and open to the public.