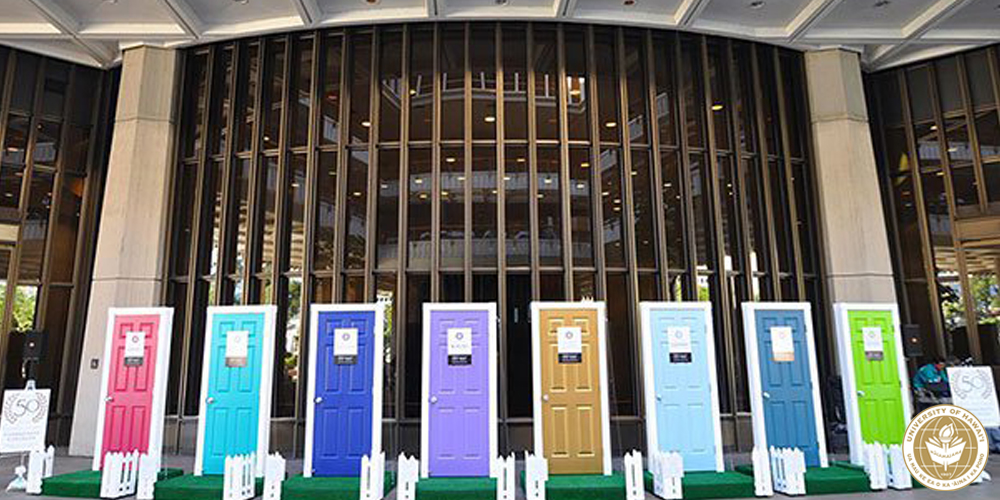 UH Team of the Year

The University of Hawaiʻi Community College (UHCC) marketing team was nominated UH Team of the Year as part of the Governor's Awards for Distinguished State Service. The award is designed to honor the state’s executive branch employees and managers who exemplify the highest caliber of public service and dedication to serving the people of Hawaiʻi.

The team consists of marketing and community relations personnel from each community college campus along with the UHCC marketing and communications director and web developer and UH System government relations director. The team was formed to create a public event to celebrate the 50th anniversary of the UH Community Colleges at the UHCC Day at the Capitol on March 18.

The team was responsible for designing the “open door access” display which consisted of eight doors each representing a UH community college. The display was a powerful visualization of UH Community Colleges System’s goal of welcoming all students to the opportunities of higher education.

The National Council for Marketing and Public Relations awarded the UH Community College marketing team the Gold Paragon in the government and community relations category for their work on the event.