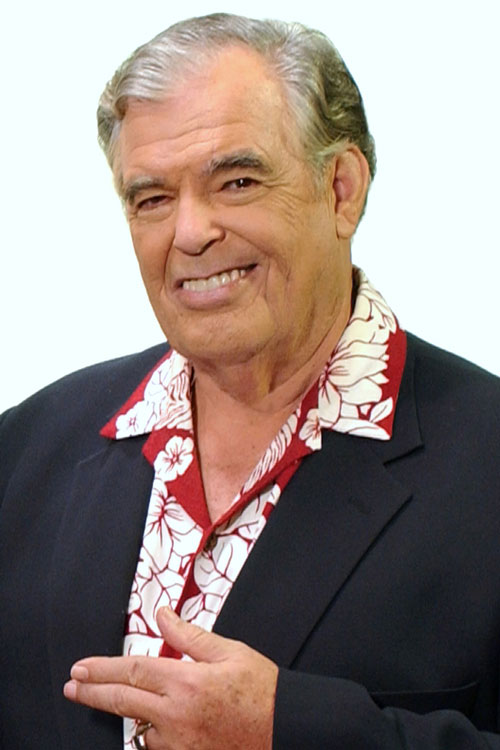 One of Hawai‘i’s most recognized scholar-athletes, Dr. Larry Price has earned numerous accolades as a football player and coach. Following a storybook athletic career which began as a water boy at Roosevelt High School, he ultimately signed as a National Football League free agent with the Los Angeles Rams. Price was selected to play in three Hula Bowl games in 1958, 1959 and 1965, and is the only University of Hawai‘i football player elected captain three years in a row from 1962 to 1964.

After graduating from UH, he returned to his alma mater to serve as head volleyball coach from 1969 to 1972, and as resident manager of the athletic dormitory from 1970 to 1976. He was named to the 11-member all-time UH football team in 1973. When he became head football coach – a position he held from 1974 to 1976 – he was one of only three Hula Bowl players to do so in its 60-year history. Price was recognized as “Rainbow of the Decade–60s” by The Honolulu Advertiser, and was later inducted into the University of Hawai‘i Sports Circle of Honor in 1994.

Some of Price’s proudest moments have come in the classroom, and it is evident that he is deeply committed to education and teaching. He earned his BS and MEd degrees from the UH Mānoa College of Education, and is a UHAA life member with the UH Mānoa Letterwinners Club and the College of Education Alumni Association. While earning his doctorate from the University of Southern California and completing post-doctoral work at Stanford University, Price served as assistant professor at Chaminade University of Honolulu. He is also a graduate of the FBI Citizens Academy.

After retiring from UH as director of the Small Business Management Program, Price joined KSSK Radio as vice president of public relations and publicity in 1977. In 1983, he was paired with afternoon radio disc jockey Michael W. Perry to host the station’s morning drive program – a show that has consistently maintained its top-rated position. Price was also formerly an investigative reporter for Honolulu ABC network affiliate KITV4. As a television journalist with KITV, he won nine national awards for documentaries he wrote and produced. Price was named Radio Broadcaster of the Year by the Hawaii Association of Broadcasters in 1989, and Media Advocate of the Year in 1992 by the U.S. Small Business Administration, Hawaii District and Region IX.

A 1989 UH Distinguished Alumni Award honoree, Price serves as chairman of the Hawai‘i Sports Hall of Fame Commission and has received numerous awards and honors. In 2005, the City and County of Honolulu named him as a Top 100 Citizen in celebration of its centennial. He was also honored by the Public Schools of Hawaii Foundation at its annual awards banquet in 2008 for his contributions to his profession and to the community. In celebration of the 100th anniversary of UH football in 2009, the Honolulu Star-Bulletin named him as one of “The Centurions” – the greatest 100 players in UH football history.