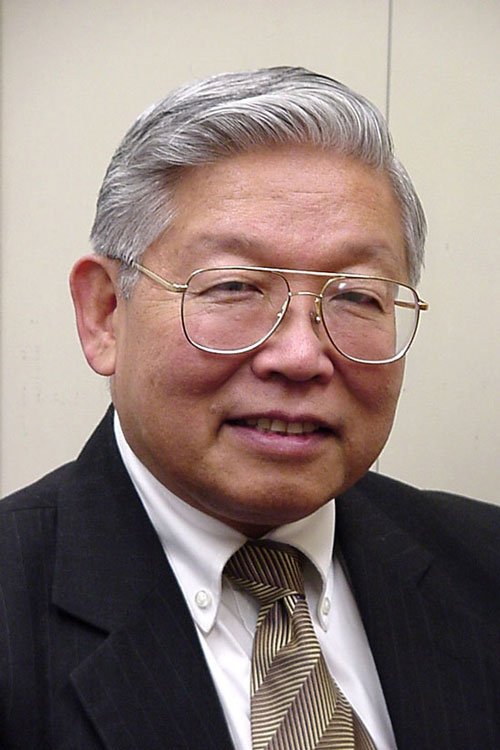 Until his retirement in October 2015, Dr. Ernest Takafuji served as director of the Office of Biodefense Research at the National Institute of Allergy and Infectious Diseases (NIAID), National Institutes of Health (NIH), in Bethesda, Maryland, a position he held for more than 10 years. He played a key role in organizing and guiding biodefense research and the development of medical countermeasures focused on civilian populations.

A 1962 graduate of Punahou School, Takafuji attended UH Mānoa for his pre-med studies and earned his BA with honors in 1966. He then obtained his MD from the University of New Mexico (UNM) School of Medicine in 1971, and his MPH from Johns Hopkins University School of Hygiene and Public Health in 1976. Takafuji is also a graduate of the Armed Forces Staff College in Norfolk, Virginia and the Industrial College of the Armed Forces in Washington, DC. He is board-certified in preventive medicine and public health by the American Board of Preventive Medicine and is a Fellow of the American College of Preventive Medicine.

In 1972, Takafuji enlisted in the U.S. Army and was assigned to V Corps Headquarters in Frankfurt, Germany. His 30-year military career included providing primary care to the military and their families; completing residency training in preventive medicine and public health; investigating outbreaks of unusual illnesses where troops were deployed; heading preventive medicine activities, prominent military medical laboratories and medical research programs; and traveling to many countries throughout the world. He served on several interagency and national committees dealing with communicable diseases, bioterrorism, biodefense and national security. From 2000 to 2002, he was assigned to Tripler Army Medical Center and managed programs concerning Native Hawaiian health and medical research with UH.

Takafuji is the recipient of numerous military awards, including the Army Distinguished Service Medal, the Defense Superior Service Medal, and three awards of the Legion of Merit. He also was awarded the George M. Sternberg Medal (outstanding preventive medicine resident), the William C. Gorgas Medal (contributions in preventive medicine awarded by the Association of Military Surgeons of the U.S.), and the Order of Military Medical Merit. In 2011, he received the Khatali Distinguished Alumnus Award presented annually by the UNM School of Medicine Alumni Association. In 2014, Takafuji was awarded the Samuel Chapman Armstrong Humanitarian Award by the Punahou Alumni Association for his contributions to public health and service to the nation.

Very involved with issues pertaining to the Hawaiian Islands and the Asian and Pacific Islander communities, Takafuji was elected president of the Hawai‘i State Society of Washington, DC four times, and is also vice president of the UH Alumni Association–National Capital Region Chapter. He is a member of other organizations, such as the Punahou Alumni Association Mid-Atlantic Chapter, the Pan-Pacific American Leaders and Mentors, and the local chapter of the Hawaiian Civic Club. His continued interest in Asian-Pacific Islander issues was recently demonstrated in 2015 during Asian-Pacific American Heritage Month when he was the keynote speaker at the Army National Guard Headquarters in Washington, DC.