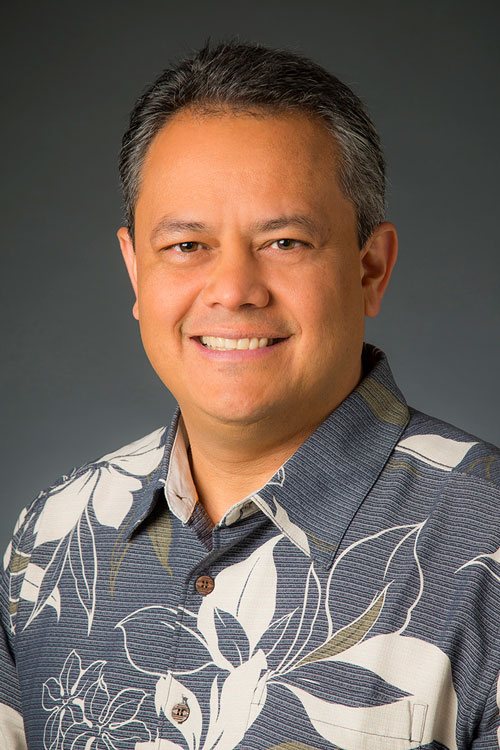 Eric Yeaman
BBA in accounting, with distinction, 1989, University of Hawai‘i at Mānoa

Eric Yeaman joined First Hawaiian Bank as president and chief operating officer in June 2015. He oversees the bank’s Retail Banking and IT & Operations Groups, two of the largest areas in the bank that create high touch and high tech experiences for the bank’s customers. He is also a member of the bank’s Senior Management Committee, involved in strategic planning and growth opportunities to position First Hawaiian as an industry leader.

Prior to joining First Hawaiian Bank, Yeaman was president and chief executive officer of Hawaiian Telcom from 2008 to 2015 where he successfully led the company’s return to profitability and growth as well as its transformation to become Hawai‘i’s technology leader with the launch of Hawaiian Telcom TV, 1 Gigabit internet speeds, data center and advanced cloud-based services.

In 2008, he served as senior executive vice president and chief operating officer of Hawaiian Electric Company, Inc. (HECO) where he was responsible for the leadership of its day-to-day O‘ahu operations, energy solutions, public affairs, financial and administrative process areas. Prior to that, he served as financial vice president, treasurer and chief financial officer of Hawaiian Electric Industries (HEI), HECO’s parent company, from 2003 to 2008. He was chief operating and financial officer for Kamehameha Schools from 2000 to 2003 and began his career leading numerous audit and consulting projects at Arthur Andersen LLP from 1989 to 2000.

Active in community affairs, Yeaman is currently chairman of the board of The Queen’s Health Systems, and serves on the boards of the Hawaii Community Foundation, Kamehameha Schools Audit Committee and the Harold K.L. Castle Foundation. He is also a director of Alaska Air Group, Alexander & Baldwin and Hawaiian Telcom, and a member of the Hawaii Asia Pacific Association. A key member of the UH Mānoa Shidler College Dean’s Advisory Board, Yeaman provides valuable insight into the business community and is a strong supporter of various programs within the Shidler College including Business Night.

Yeaman was named Hawaii Business’ CEO of the Year for 2011. In September 2010, he was inducted into the University of Hawai‘i at Mānoa Shidler College of Business Hall of Honor. In 2004, he was recognized as the Financial Executive of the Year (Regional Award) sponsored by Robert Half International Inc. and the Institute of Management Accountants, as well as one of Pacific Business News’ Forty Under 40. Born and raised in Kona, Yeaman is a certified public accountant in the state of Hawai‘i.