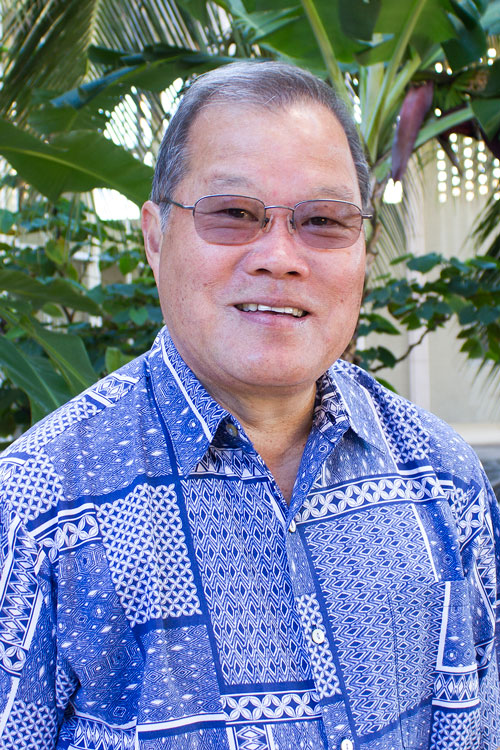 Conrad Nonaka
AS in food service, 1970, Kapi‘olani Community College
BEd in trades and industry, 1978, University of Hawai‘i at Mānoa

Four decades of executive business management skills have provided Conrad Nonaka with the recipe for success to lead the Culinary Institute of the Pacific (CIP). As director, he works to provide advanced training opportunities to culinary students systemwide. A Kaua‘i native, Nonaka was one of the key founders who established the American Culinary Federation (ACF) chapter on Kaua‘i in the mid-1980s. Shortly thereafter, he earned his Certified Executive Chef designation in 1987. He has served as president of the ACF board of directors and remains a member of the chapter.

After earning his BEd from UH Mānoa and receiving an honorable military discharge from the U.S. Army, Nonaka trained many in the hospitality industry. A proud graduate of the culinary program at Kapi‘olani Community College, Nonaka returned to share his knowledge and expertise with the culinary students as chef instructor. He developed the successful Kapi‘olani Community College Saturday Farmers’ Market – an educational partnership agreement between the Culinary Institute of the Pacific and the Hawai‘i State Farm Bureau Federation. The market has grown into a destination event for an average of more than 9,000 people each Saturday.

With his background as owner of a restaurant company on Kaua‘i, Nonaka brings the experience of an entrepreneur to the CIP team. His leadership through communication, as well as his analytical skills and focus on customer service and financial outcomes have brought him many awards and recognition. He has also chaired Restaurant Week Hawai‘i for the past eight years.

A well-established and respected member of the culinary community, Nonaka serves on numerous boards, including Alan Wong’s Restaurants, Hawai‘i Restaurant Association, Hawai‘i Agricultural Foundation and Hawaii Culinary Education Foundation. In addition, he serves as a food service consultant for restaurants and some of the most prestigious retirement residences in Hawai‘i.