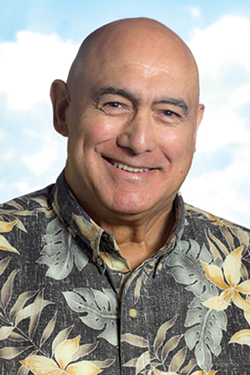 Freitas also served as chancellor of Hawai‘i Community College for six years, where he was the chief executive of the main campus in Hilo and its University of Hawai‘i Center in West Hawai‘i. He previously served as vice president and executive director of the Ke Ali‘i Pauahi Foundation and has held leadership positions at Kamehameha Schools and GRG Enterprises. Freitas held posts as vice president for university relations for the UH System and associate athletic director for UH Mānoa. He also served as a trustee for the Office of Hawaiian Affairs.

Freitas holds an EdD and MEd in education from UH Mānoa and a BS in animal science from Oregon State University. His doctoral research focused on developmental systems and guidelines for drug prevention, education, monitoring and counseling for intercollegiate athletics.