Dispatches from ‘Oumuamua: New Research on a Mysterious Visitor from Outside Our Solar System

Since its discovery in 2017, the interstellar object ‘Oumuamua has wowed and puzzled the world. The rapidly rotating object was initially thought to be an asteroid or comet, with some speculation that the object could be an alien spacecraft sent from a distant civilization.

An international team lead by Karen Meech made detailed measurements of ‘Oumuamua’s properties. In this live webinar, Meech will discuss her team’s findings, ‘Oumuamua’s characteristics as well as new and ongoing research.

Space is limited. Meeting ID and password will be emailed upon registration. Questions for the speakers can be submitted on the registration page. 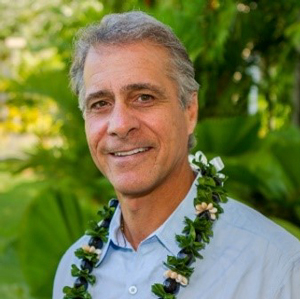 Michael S. Bruno is the Provost at the University of Hawaiʻi at Mānoa. Prior to his appointment, he was UH Mānoa’s Vice Chancellor for Research. Before joining UH, Dr. Bruno was the Dean of the School of Engineering and Science, and Professor of Ocean Engineering at Stevens Institute of Technology, Hoboken, New Jersey. He was also the Director of the Center for Maritime Security, a Department of Homeland Security National Center of Excellence. Dr. Bruno is a Visiting Professor in Mechanical Engineering at University College London.

His research and teaching interests include ocean observation systems, climate change, and community resilience. He is the author of more than 100 technical publications in various aspects of these fields, including the book, The Urban Ocean, published by Cambridge University Press in 2018. 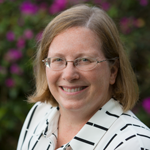 Astronomer and astrobiologist Karen Meech investigates how habitable worlds form and the possibilities of life beyond Earth. An expert on comets, she was co-investigator on three NASA missions: Deep Impact, EPOXI, and Stardust NExT. Trained at Rice and MIT, she has won numerous awards, including the Annie Jump Cannon Award, the Harold C. Urey Prize, and the UH Regent’s Medal for Research Excellence. In 2017, she led the UH team that made detailed measurements of ‘Oumuamua and its properties. In this live webinar, Meech will discuss her team’s findings, ‘Oumuamua’s characteristics as well as new and ongoing research.

Watch Meech's 2018 TED talk about ‘Oumuamua and how her team raced against the clock to find answers about this unexpected gift from afar.