Aloha to our alumni in the DC area! You’re invited to a special pau hana at the Cosmos Club in DuPont Circle with UHM Provost, Michael Bruno. We’ll be talking story, sharing pūpū and drinks, and catching a very special presentation with UHM Physics & Astronomy faculty member, Dr. Veronica Bindi! Take a little break from the hustle and bustle of the city and join us for a little taste of Hawaiian hospitality.

The reception will begin at 6:00 p.m. in the Powell Room and will include heavy pūpū and a beer & wine bar.

Metro directions: The Cosmos Club is just a few short blocks from Metro. Take the Red Line to Dupont Circle and exit the station on Q Street. Walk one-and-a-half blocks west to 2121 Massachusetts Avenue. Parking will not be available at the Club. 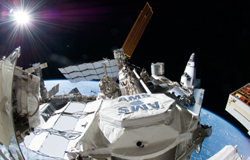 The Key to Future Human Explorations to the Moon and Mars,
Dr. Veronica Bindi

The Alpha Magnetic Spectrometer (AMS) detector operating since 2011 on board of the International Space Station, is providing invaluable data to NASA for future human explorations to the Moon and Mars. The next steps of human exploration and how AMS is helping in this regard will be presented. 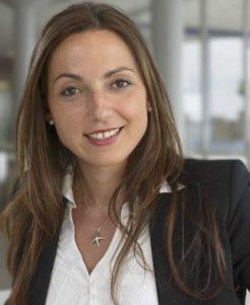 Dr. Bindi is an associate professor at the Physics Department of the University of Hawai‘i at Mānoa. Her fields of interest are the study of dark matter, cosmic rays, space weather and space radiation. Dr. Bindi has been part of the team at CERN in Switzerland that led to the construction of the Alpha Magnetic Spectrometer (AMS) detector operating since 2011 on board the International Space Station. She and her team are analyzing the data measured by AMS to solve the major challenge for human exploration to the Moon and to Mars. Bindi is dedicated to increasing diversity in STEM fields and facilitating the participation of underrepresented groups. In 2013, she was featured in the European Institute for Gender Equality's Women Inspiring Europe initiative. Currently she is working at NASA HQ in the Science Mission Directorate as part of a temporary assignment, but next year she will be back at the University of Hawai‘i.

About the Cosmos Club

The Cosmos Club, founded in 1878, is a private social club for men and women distinguished in science, literature and the arts, a learned profession or public service. Members come from virtually every profession that has anything to do with scholarship, creative genius or intellectual distinction.

Read more about the club.