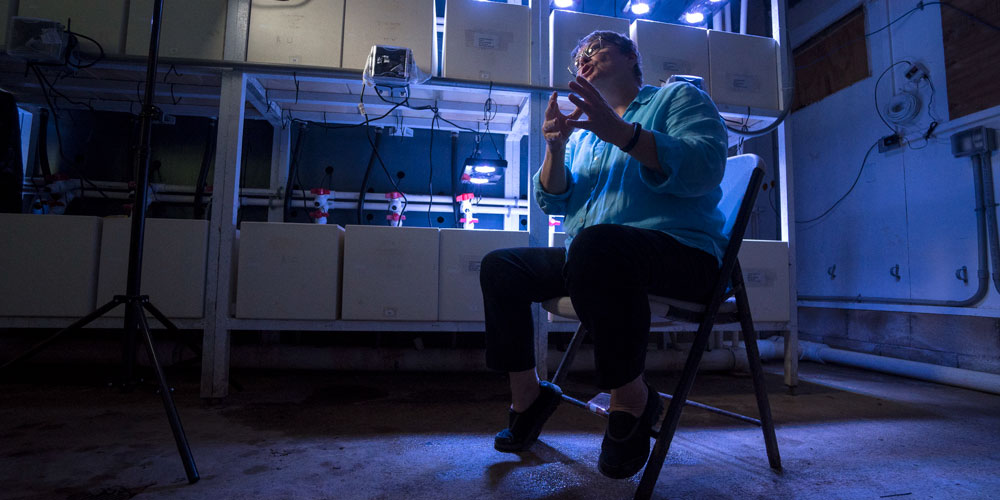 Ruth Gates on the fate of coral

In this five-part video series produced by the University of Hawai‘i Foundation, Dr. Ruth D. Gates, director of the Hawai‘i Institute of Marine Biology, takes viewers on a journey exploring one of the world’s most complex organisms—coral.

Gates dives into topics such as what makes a marine biologist, the rapid loss of coral reefs and what can be done to help save them.

Subscribe to the University of Hawai‘i Foundation YouTube page and stay tuned for the next video installments in the series.

Gates currently serves as the director of the Hawai‘i Institute of Marine Biology. Her broad interests lie in the biological mechanisms and traits that dictate the environmental thresholds of marine organisms. Specifically, she focuses on defining attributes in corals that underpin inter- and intra-specific differences in their sensitivity to thermal stress, ocean acidification and pollutants.

She and her group work on coral reefs, tropical marine ecosystems that protect coastlines, support tourism and provide nutrition to many island nations.

The public is invited to a special screening of the film CHASING CORAL on Saturday, March 3, 2018 at 6 p.m. in the UH Mānoa Art Auditorium. Witness the tale of beauty, hope and adventure that the New York Times calls an “emotional race against time.”

Following the screening, attendees will hear remarks from Ove Hoegh-Guldberg, director of the Global Change Institute at the University of Queensland, and Ruth D. Gates.

The event is part of the Better Tomorrow Speaker Series and is free and open to the public. For more information, click here.